A new Alabama gambling bill would create a lottery in the state. Also, it would provide a significant gambling expansion in Alabama. Senator Del Marsh introduced the bill on February 9. It came after a gambling task force report showed the state could earn around $700 million yearly from expanded gambling.

According to online casino reviews, the bill would create a lottery. All its proceeds will go into a trust fund that the state can utilize for scholarships. It would also allow casino games at five designated locations in the state. The games include table games, slot machines, and sports betting.

Gambling tutorials and news reports showed that the five designated sites indicated in the bill are Birmingham Race Course, Greenetrack, Victoryland, Mobile, and Jackson and Dekalb County. The bill also proposed a license fee of $100 million valid for 30 years. 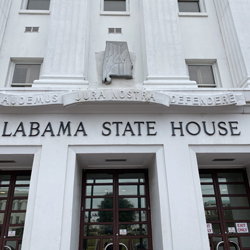 The bill allows the governor to discuss with the Poarch Band of Creek Indians for a new compact. At present, there are three tribal casinos in the state. However, they only have slot machines and don’t provide tax revenue to the state.

If the bill becomes a law, the Birmingham casino will significantly impact commercial real estate and local tourism industries. Instead of going to online casinos in South Korea, gamblers in Alabama would go to local casinos. Although previous gambling expansion proposals faltered, Marsh’s support could give gambling expansion the best opportunity to date.

2021-02-11
Previous Post: When to Adjust Your Lines
Next Post: What Sport Earns the Most in Sports Betting?